Dbayeh is a town located on the Mediterranean sea, 12km from Beirut city and forming a touristic and commercial hub in Lebanon mount governorate.

With the development of the area, the Marina was created on the waterfront, as well as future development project still to be under governmental decision for execution. The area was divided into several plots with its own building codes and laws require for construction.

The project consisted of rejuvenating Dbayeh waterfront, creating a new master plan generated through diagrams and using the upcoming technique of parametrics.

In fact, the infrastructure on the existing site gave birth to several layers of new infrastructures, path, and nodes roads but also a new form was discovered.

These forms create a parameter to work on and a system that produced infinities of possibilities, transformations but also shape that would englobe a function.

One parameter generated the other and the result is the blue and red master plan showing the relation between the built areas (blue) and the public/infrastructure all reshaped on site.

The final master plan represents a loop (a combination of different parameters coming to the urban study) that became itself the parameter of the intersection with other on different scale and configuration.

Each one implements a type of program which is set according to the configuration of the loop and the assigned function for it.

Strategically the residential areas are placed near the water whereas the commercial one is located on the highway forming a buffer zone of the public to private.

The intersections shown on the plan create a semi-public program (as shopping malls…) serving the residents of the private area.

The network above ground level is characterized by the transportation hub of minor and major roads (bus, cars, bicycle, pedestrian…) whereas the underground level is characterized by the sewage and the power of the project. The built up clusters of the ground floor show programmatic hybridity and urban density caused by the parametrical system of the project.

The study generated a master plan formed on a dynamic grid of transformation and flexibility of the program far from being static. 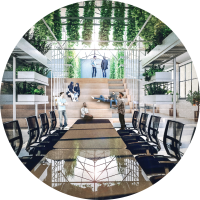 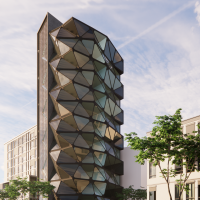 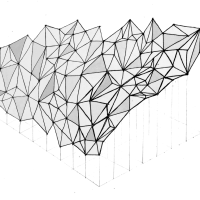 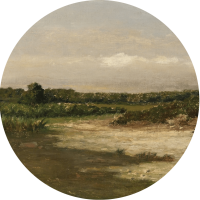 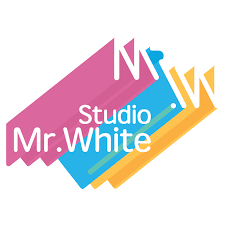